BeMetals Corp. (“BeMetals” or the “Company”) (TSXV:BMET) is pleased to announce that it has commenced field activities at the Pangeni Copper Project in Zambia. In addition, Dr Richard Sillitoe, one of the world’s foremost experts on base metal and other deposits, has joined the BeMetals team as a strategic and technical advisor. Dr Sillitoe will provide valuable insight and recommendations regarding identification and evaluation of quality projects, thereby complementing the Company’s growth plan.

The Company, through its strong technical and local Optionors on this project, Copper Cross Zambia Limited (“CCZ”) and Pangeni Mineral Resources Limited, has commenced field camp establishment and air-core drill track access as anticipated for the next phase of exploration work at the property. A contract for the air-core drilling has been finalized and the drilling equipment will be mobilized to site within the next two weeks parallel with completion of drill track access. During August 2018 detailed target definition and logistical planning, in-line with the supported conclusions of the recently completed Independent Technical Report for the project, were finalised.

This phase of exploration work includes the drilling of air-core boreholes (approximately 40-50m deep) to test for potential, geochemical anomalies, associated with mineralised extensions to the Central and Southwest Targets, under surrounding Kalahari Group cover units. The property is at an early exploration stage with only five core boreholes having been completed to date (three boreholes at the Central Target and two at the Southwest Target). All five holes intersected hypogene copper mineralisation. The most significant intersections included borehole CT1: 6.1m @ 0.34%TCu (from 39m depth) and borehole SW1: 5.5m @ 0.48%TCu (from 142.5m depth). At the Central Target the drilling results indicate there is associated anomalous cobalt with the copper intersections, CT1 returning: 6.1m @ 320ppm Co (for the same copper intersection as quoted above). These boreholes results provide encouraging proof of concept for the geological models generated for the property, and support the strategy for further exploration.

In addition initial priority targets, identified during previous exploration programs, are to be tested. This orientation air-core program will be completed to also assess the applicability of this drilling technique in this specific area. Based upon the assessment of the applicability of this drilling method in the project area, and results from the air-core geochemical sampling further exploration will be motivated as appropriate.

The Pangeni Copper Project is located on the western extension of the Zambian Copperbelt, within the Lufilian Arc, underlain by Katangan Supergroup metasediments which are covered by a thin veneer of Kalahari sands.  The Sentinel, open pit, Copper Mine is operated by First Quantum Minerals some 130 kilometres to the northeast of the Pangeni Copper Project.  A number of major international mining companies have identified this region of the Zambian Copperbelt to be prospective for the discovery of tier one copper mines and are conducting exploration field work in this region. 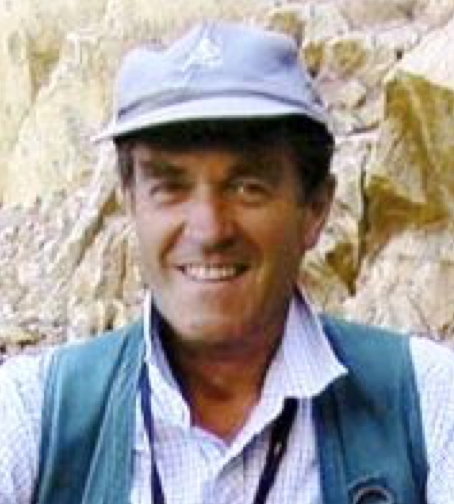 Dr Richard Sillitoe has served as an independent economic geological consultant for numerous international mining companies in Europe, the Americas, Africa, Australasia, Southeast Asia and the western Pacific region for the past 45 years, during which time he has made major contributions to the discovery of a variety of copper and other deposits. He is the author of 130 economic geology articles as well as three books documenting circum-Pacific discoveries.

Richard graduated from the University of London, England, where he went on to obtain a PhD degree in 1968. After working for the Instituto de Investigaciones Geológicas (Geological Survey of Chile) and then returning to the Royal School of Mines at the University of London as a Shell postdoctoral research fellow, he began his consulting career with mining companies, international agencies and foreign governments.

He has a breadth of experience, including work on precious, base and lithophile-metal deposits and prospects in 100 countries worldwide, but focuses primarily on the epithermal gold and porphyry copper environments. His specialty is deposit modelling using field observations and drill core. Published research has earned him awards in Europe, Australia and North and South America, including the R.A.F. Penrose Gold Medal of the Society of Economic Geologists, of which he was President in 1999–2000.

“We are delighted that Dr Sillitoe has agreed to be a part of our team. His wide-ranging international technical expertise and premier reputation will be highly valuable as we pursue our growth strategy and goal of becoming a significant base metal producer” said John Wilton, CEO and Director of BeMetals.

BeMetals is driving its growth strategy towards the goal of becoming a significant base metal producer through the acquisition of quality exploration, development and production stage base metals projects. This strategy is directed by the Board, key members of which have an extensive, proven track record in delivering considerable value in the mining sector through the discovery and building of mines.

Venture Exchange) accepts responsibility for the adequacy or accuracy of this release.

Technical information in this news release has been reviewed and approved by John Wilton, Pr. Sci. Nat., the Company’s CEO and President and a “Qualified Person” as defined by National Instrument 43-101 standards.

This news release contains "forward-looking statements" and “forward looking information” (as defined under applicable securities laws), based on management’s best estimates, assumptions and current expectations. Such statements include but are not limited to, statements with respect to the plans for future exploration and development of the Pangeni Copper Project and the acquisition of additional base metal projects.  Generally, these forward-looking statements can be identified by the use of forward-looking terminology such as "expects", "expected", "budgeted", "forecasts" , "anticipates" "plans", "anticipates", "believes", "intends", "estimates", "projects", "aims", "potential", "goal", "objective", "prospective", and similar expressions, or that events or conditions "will", "would", "may", "can", "could" or "should" occur.  These statements should not be read as guarantees of future performance or results.  Such statements involve known and unknown risks, uncertainties and other factors that may cause actual results, performance or achievements to be materially different from those expressed or implied by such statements, including but not limited to: risks related to the Pangeni Copper Project; risks related to international operations; risks related to general economic conditions, actual results of current exploration activities, unanticipated reclamation expenses; changes in project parameters as plans continue to be refined; fluctuations in prices of metals including copper and other base metals; fluctuations in foreign currency exchange rates, increases in market prices of mining consumables, possible variations in resource estimates, grade or recovery rates; failure of plant, equipment or processes to operate as anticipated; accidents, labour disputes, title disputes, claims and limitations on insurance coverage and other risks of the mining industry; delays in the completion of exploration, development or construction activities, changes in national and local government regulation of mining operations, tax rules and regulations, and political and economic developments in countries in which the Company operates. Although the Company has attempted to identify important factors that could cause actual results to differ materially from those contained in forward-looking statements, there may be other factors that cause results not to be as anticipated, estimated or intended. There can be no assurance that such statements will prove to be accurate, as actual results and future events could differ materially from those anticipated in such statements. The forward-looking statements and forward looking information are made as of the date hereof and are qualified in their entirety by this cautionary statement.  The Company disclaims any obligation to revise or update any such factors or to publicly announce the result of any revisions to any forward-looking statements or forward looking information contained herein to reflect future results, events or developments, except as require by law. Accordingly, readers should not place undue reliance on forward-looking statements and information. Please refer to the Company’s most recent filings under its profile at www.sedar.com for further information respecting the risks affecting the Company and its business